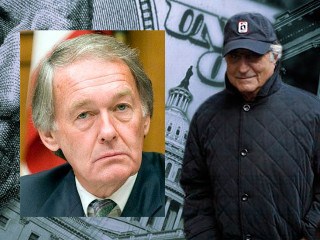 Remember that “Cauldron of Corruption” I was talking about the other day? Well after going through the records provided by Markey’s opponent, Dr. Gerry Dembrowski in a bit more detail, it appears that Ed Markey received approximately $30,000 in campaign contributions from the one and only Bernie Madoff and various members of his family.

Take a look at the list below and you can see the details for yourself. Each line represents a donation that was made to Ed Markey.

I for one would like to know if Mr. Markey donated these contributions or did he turn a blind eye to the corruption because it once again served his own interests?